Catalytic Converter Thefts are Up in Fairfax County 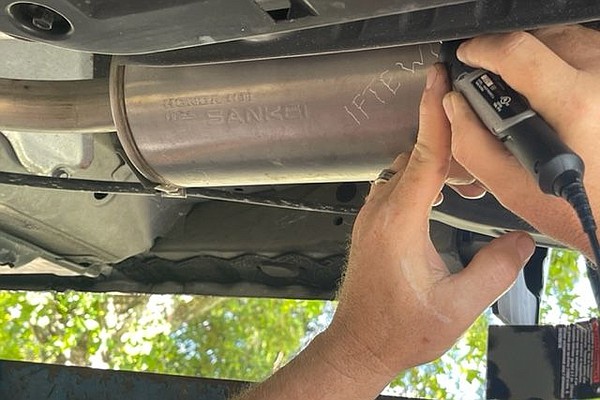 When the family car is still out in the driveway in the morning, it doesn’t necessarily mean a theft has not occurred. Thieves are now targeting the catalytic converter underneath the car as a quick way to make a few bucks, costing the owner hundreds of dollars when it comes time to replace it.

In 2021, there were 409 reported catalytic converter thefts in Fairfax County, and 119 so far this year, Fairfax County Police said.

The thefts are rising nationwide but at the FCPD, there is a new catalytic converter task force to address this crime spree, consisting of Criminal Investigations Division and Special Investigations Division. They look for patterns and keep up with theft numbers to try and get an edge on the culprits using a multi-faceted and proactive approach, said Sgt. Lance Hamilton. “We’ve had directed patrols in the County to deter and apprehend those responsible, put out new educational information to inform the 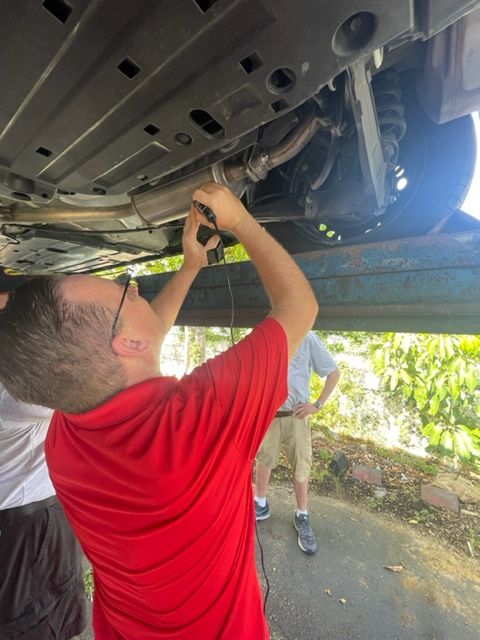 community, collaborated with media members on joint messaging, and engaged the public directly to help stop these thefts from happening,” Hamilton said.

On a FCPD catalytic converter video, police were called to the scene on Loisdale Road in the Springfield area last winter and three men had a jack, and ran when the police arrived but were caught shortly after.

At Wright’s Complete Automotive in the Springfield area, they’ve had drivers come in to get the catalytic converter replaced because theirs was stolen. It can run anywhere from $500-3000 because many times, when a thief takes it off, other parts of the muffler system get damaged and the whole muffler system has to be replaced. “It can be pretty expensive,” said the Wright’s mechanic.

Catalytic converters are designed to turn harmful exhaust emissions into less harmful gasses, using precious metals like platinum, palladium or rhodium in this process. These metals can be a valuable item to steal and resell. This makes hybrid cars a good target for thieves because hybrid cars don’t run as hot as gas-powered vehicles, so their catalytic converters offer an even greater supply of precious metals. Prius, Tacoma, Lexus SUVs, Accords and vans are some of the most targeted cars for catalytic-converter thefts.

There is a way to fight back though. Earlier this spring, the Crime Prevention Unit from the Sully District Police Station partnered with G&C Tire and Auto Service in Chantilly, to apply free anti-theft labels to people’s catalytic converters. These are designated as ultra-destruct labels, laser cut with a unique code and the URL of a secure, accredited database - the International Security Register (ISR) – on to the catalytic converter. It will break into pieces if an attempt is made to remove them. In addition, a fluid that etches into metal is applied to the labels so that, even if they are removed, the code and URL will remain clearly readable.

Certain Midas dealers have been etching identification on the catalytic converters during their “etching events.” At these events, they etch an ID into the converter for identification, not necessarily for any kind of action if they are removed.