New Law Could Help Save Turtles

Wild turtles need protection; enjoy them by seeing them, but leave them be. 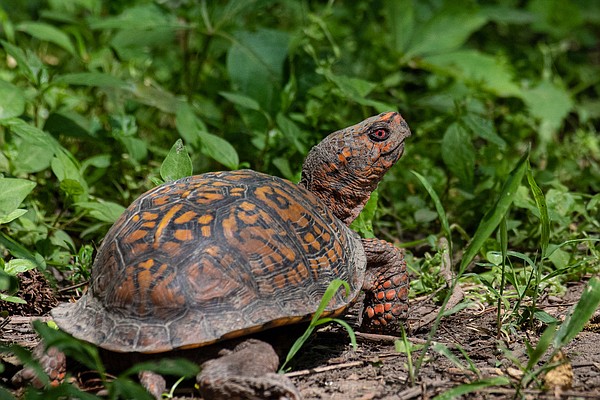 When some people find quarter-sized turtles and think they are “cute,” they take the animal home and soon learn that turtles outgrow their new “home.”  Others buy turtles in pet shops or at exotic animal shows in states where their sale is legal. All too often, these turtles are abandoned, say area park managers.

In 2020, Fairfax County officers were summoned to capture a 65-pound alligator snapping turtle wandering through yards near Telegraph Road. Its owner probably released it after it became large, J.D. Kleopfer, a state herpetologist told the Washington Post. “It likely outgrew the housing or the owner’s life changed and instead of finding it a proper home they just dumped it,” Kleopfer said. “They live a long time and have a specific diet and lighting needs. The novelty wears off. People get bored with them or kids stop taking care of them, and then parents go and dump them in the neighborhood ponds.”  Turtles live a long time.

Illegal wildlife trade is a $20 billion a year problem worldwide involving 7,000 species, according to the Virginia Department of Wildlife Resources (DWR).

“Much of this is the illegal pet trade,” says DWR. “The DWR has unfortunately seen a steady increase in the illegal trafficking of reptiles, turtles in particular. This trend is not limited to Virginia but is occurring throughout much of the eastern United States, where the greatest abundance and diversity of turtle species occur in North America.”

Under a new Virginia regulation, it is unlawful to possess more than one native or naturalized reptile or amphibian per address; collect native or naturalized reptiles or amphibians on public lands, including roads and other publicly-owned properties; and possess any reptiles or amphibians listed as species of greatest conservation need (http://bewildvirginia.org/species/) because they are in decline. These new restrictions apply to many common native reptiles and amphibians such as turtles, garter snakes and bullfrogs.

Virginia has 25 species and subspecies of native turtles, plus some non-native ones, and has 15 turtle species on the state list.

The new rules are needed because poachers exploited the previous regulation for the illegal wildlife trade, state officials contend. One person could possess five of most species of reptiles or amphibians. This allowed, for example, a family of four to have up to 20 box turtles. Now, anyone who keeps a pet box turtle or more than one of the listed reptiles or amphibians could be found guilty of a Class 3 misdemeanor and fined up to $500.

In Fairfax County, people take turtles from the wild as pets, for consumption, or for the illegal pet trade, according to Katherine Edwards, the county’s Wildlife Management Specialist. People leave turtles at the county’s animal shelter, some with signs of inadequate care.

In addition to dumping and injuries, area turtle populations are stressed by habitat loss, road mortality, predation, pollution and other factors, Edwards says.

“The most common call for service that the Animal Protection Police receive involving turtles are people calling to report an injured turtle,” Edwards reports. From July 1, 2020, to July 1, 2021, they received 109 calls about injured turtles, many of which were hit by car or got tangled in a fishing line. In that year, other calls involved questions about turtles crossing roads and nesting. Officials found one turtle with a hand-painted shell. Arlington wildlife officers have found turtles chewed by dogs.

She highlights the non-native, red-eared slider turtle, one of the most prolific species in the pet trade. They were introduced in Virginia from the Midwest. “Red-eared sliders have been sold widely in pet stores in many states and most populations originated from pet turtles that were released or escaped. Although they are now considered naturalized in Virginia, red-eared sliders may displace or outcompete native turtle species for food, nesting and basking sites.”

Many animal shelters will not accept turtles and most reptile rescues and nature centers cannot take more, local officials agree. Local officials who end up with native turtles coordinate with state officials to place the animals with a permitted rescue group, educator or zoo.

“Turtles are wonderful to see in the wild and that is where they should remain,” advises Rachel Tolman, an Arlington County Parks manager.  Edwards concurs: “Native turtles belong in the wild and should not be collected or kept as pets. We want people to appreciate turtles and have the opportunity to observe them in their natural habitat, but there is no need to take them home. Doing so may have negative repercussions for local turtle populations.”

The best thing to do for any turtle is to leave it alone. Turtles may be searching for a place to lay eggs, a new source of water and other resources.

Turtles instinctively know what direction to go. Do not relocate them.

If a turtle needs to be moved, for example, out of a driveway, be cautious. Snapping turtles can bite. You can grab smaller turtles by the shell around the back legs and tail.

The Fairfax County Animal Shelter is not equipped to humanely house turtles. They refer people to rescue groups and nature centers that provide specialized care.

If You Own a Turtle

If you legally possessed a native or naturalized reptile or amphibian species under the previous regulation, you can keep it as long as you register it with the state.  Visit https://dwr.virginia.gov/wildlife/reptile-and-amphibian-registry/ for details or email VAHerpRegistry@dwr.virginia.gov.