‘Music in the Life of Eisenhower’ on Annandale Stage 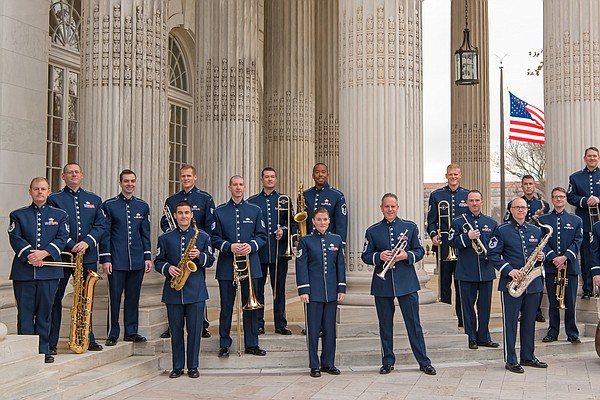 Next up for Northern Virginia’s Virginia Chamber Orchestra is a major concert to commemorate D-Day, actions that helped begin the end of WWII in Europe some 75 years ago. Under the baton of music director David Grandis, the Virginia Chamber Orchestra, along with the U.S. Air Force Airmen of Note and the Alexandria Choral Society Pro Coro Singers will perform “Music in the Life of Eisenhower.”

Special guest narrator and host, WETA’s Robert Aubry Davis will provide insights about Eisenhower’s musical favorites and will share what they reveal about the Supreme Commander of the Allied Expeditionary Forces in Europe during World War II and later President of the United States.

“The approaching 75th Anniversary of D-Day inspired the VCO to present ‘Music in the Life of Eisenhower.’ It will follow Washington, Jefferson and Lincoln in our Music of the Presidents series concerts and will become the sixth educational video overall,” said Doug Lovejoy, Virginia Chamber Orchestra.

“Music in the time of Eisenhower” will include selections composed by Irving Berlin such as “God Bless America,” Glenn Miller’s “Moonlight Serenade” as well as personal favorites and music performed at White House events hosted by President Eisenhower and his wife Mamie Eisenhower such as selections from “Oklahoma,” and Mendelssohn’s “Fantasia on Greensleeves.”

The Airmen of Note is the premier jazz ensemble of the United States Air Force. Stationed at Joint Base Anacostia-Bolling in Washington, D.C., the group was created in 1950 to continue the tradition of Major Glenn Miller's Army Air Forces dance band. The current band consists of 18 active duty Airmen musicians including one vocalist.

Pro Coro is a select group of singers drawn from the Alexandria Choral Society. Both organizations are conducted by Brian Isaac. The Society aspires to enhance the cultural life of the city of Alexandria and surrounding communities by presenting diverse and engaging musical programs at the highest artistic level.

Of note to patrons, the special Virginia Chamber Orchestra concert, “Music in the time of Eisenhower” will be presented free of charge on a first come, first served basis.

Virginia Chamber Orchestra presents “Music in the Life of Eisenhower” at the Ernst Community Theatre, 8333 Little River Turnpike, Annandale. Performance on April 7, 2019 at 4 p.m. For free tickets and detailed information about the musical program, go to https://www.vco.events/music-in-the-life-of-eisenhower/

Note: Register in advance, to be guaranteed a seat, unless informed that seats are no longer available. A complementary reception follows the concert. Concert parking is also free.