Gun Debate on Lockdown in Virginia

Democrats unable to gain traction on reform, despite new numbers in House. 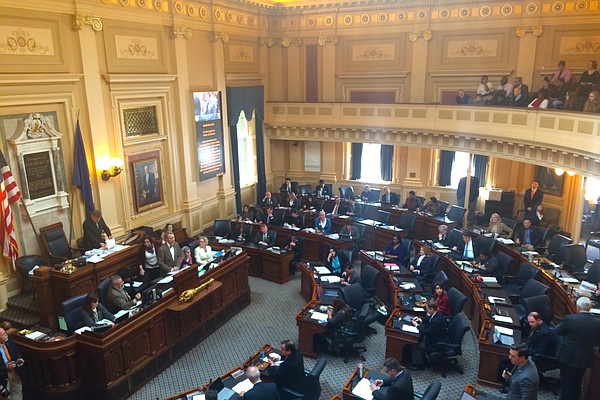 When lawmakers arrived in Richmond last month, Democrats were hopeful that they would be able to use their new numbers to gain some traction on the gun debate. Now that the session is half over and the nation is reeling from yet another mass shooting, very little of their agenda has been accomplished at the Capitol.

Republicans are still very much in control of the House of Delegates, even if they have a one-vote majority.

Perhaps most significantly, they control the process, which sends all gun bills to a seven-member subcommittee that has six Republicans and one Democrat. More than two dozen reform efforts were killed in that subcommittee, including proposals to close the gun show loophole and ban bumpstocks. When Del. Marcus Simon (D-53) introduced a bill to create a new Stop Gun Violence license plate, Republicans amended it to raise money for mental health.

INSTEAD OF MOVING forward on gun control, the Republican majority is moving in the other direction — finding ways to increase where people can take guns. Churches, for example. Virginia law prohibits firearms in places of religious worship. After 26 people were killed in a Texas church last year, religious leaders across Virginia began lobbying to change that. State Sen. Ben Chafin (R-38) responded by introducing a bill that would allow guns in churches during worship services.

For Republicans, the debate over gun control is a matter of good versus evil. Their solution to the epidemic of gun violence in America is not to restrict who can have guns and where they are allowed. It’s to arm what they call the “good guys” who will take down what they call “bad guys.” After the school shooting in Florida, many responded by calling for more guns in the classroom.

“Training and arming a few teachers in each school would make these attackers think twice about ever opening fire,” said Prince William County Board of Supervisors Chairecordsrey Stewart, a Republican who is challenging U.S. Sen. Tim Kaine. “The only way to stop these mad men is to return fire.”

CAMPAIGN FINANCE RECORDS show big money on both sides of this debate. Advocates for gun control donated $2.4 million to candidates in the last election cycle, mostly to the Democratic statewide candidates who were successful. But gun rights groups pumped more than $160,000 into targeted House of Delegates races that helped Republicans keep control of the chamber and quash reform efforts. Members of the subcommittee that routinely kills gun reform effort were showered with tens of thousands of dollars in campaign contributions.

One race that pro-gun groups targeted was a hotly contested election in Prince William County, where eight-term incumbent Del. Scott Lingamfelter (R-31) trying to hold onto a district with shifting demographics. The NRA gave him $2,500. The Virginia Citizens Defense League gave him $2,000. A Portsmouth gun dealer gave him $10,000. But he ended up losing that race to Democrat Elizabeth Guzman.

“I support the Second Amendment and the right of every citizen to own a gun,” said Guzman during the campaign. “However, we need to implement responsible gun laws that protect our communities from gun violence.”

Unfortunately for Guzman and advocates for gun control, that agenda was dead on arrival as lawmakers arrived at the Capitol. The Republican majority killed efforts to limit handgun purchases to one a month, proposals to ban high-capacity magazines and laws to keep guns out of the hands of people who present a threat to themselves or others. Republicans are more interested in getting rid of gun-free zones, including schools.

“The idea that we disarm people in the schools, we forbid out teachers and our staff from carrying concealed firearms, is a mistake,” said state Sen. Dick Black (R-13) in a Senate floor speech after the Florida shooting.