Cracking Down on On-the-Road Screen Time

Texting while driving is already illegal, but what about all the other screen time? 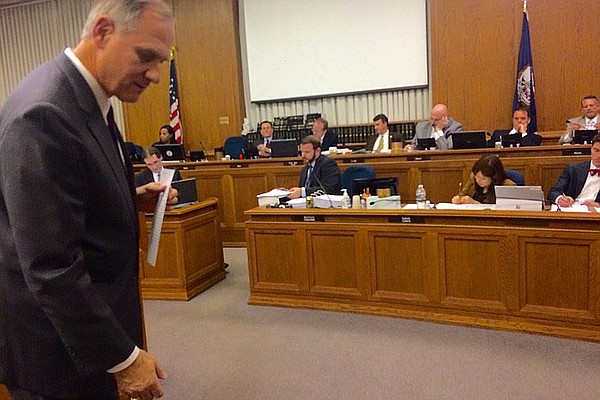 Lawmakers in Richmond are a bunch of angry birds, frustrated at existing law they believe does not solve the problem of drivers devoting their attention to their handheld screen instead of the road. This week, a panel of House members approved a measure they say would dramatically expand options for law-enforcement officers to crack down on behavior beyond texts and emails — a list that includes everything from Snapchat to Facebook, online behavior that many believe falls beneath the virtual cracks.

“Currently, the code does not cover anything except entering digits and manipulating keys for the purpose of crafting a text message,” said Del. Rich Anderson (R-51). “Posting on Facebook is not covered. Neither is posting on YouTube or watching YouTube. This gives our law-enforcement officials greater discretion.”

In 2013, lawmakers took action to criminalize texting while driving. But Anderson and others believe that leaves a loophole large enough to allow for a distracted driver to barrel his way through a crime scene and not even notice. Anderson says the current law is restricted to text messaging and iPhone messages. He says that leaves a gaping hole in the code that allow for all kinds of screen time that should be prohibited, although some lawmakers are skeptical.

“The way you’ve structured this, you are saying it’s not you must not drive in a manner to endanger the life, limb or property,” said Del Rob Bell (R-58). "You are sort of creating a definition that says if you are substantially diverted it counts, right?”

ANDERSON’S BILL received support from both Republicans and Democrats and it now moving through the House of Delegates, although many questions remain about how the bill would work. Police and prosecutors are in favor of the bill, saying it’s a good start to crack down on the crisis of distracted driving in Virginia. But lawmakers are divided over language aimed at behavior that “substantially divert” drivers from the road.

“If I give my grandmother a handheld personal communication device,” said Del. Ben Cline (R-24), "she will not be able to use it in a way that does not substantially divert her attention from the operation of the vehicle."

“May I humbly suggest that she shouldn’t be using it while she’s driving a car,” responded Del. Todd Gilbert (R-15).

Members of the panel crafting the initial draft of the bill want to find a way that allows drivers to use their smart phones without being distracted by them. That might include a way for people to use a map to find a location but prohibit a driver from posting on Facebook while behind the wheel. For members of the General Assembly, that creates a dilemma: How do lawmakers allow some good behavior while prohibiting bad behavior. Finding a middle ground isn’t easy.

THE VERSION of the bill that emerged from a subcommittee of the Courts of Justice has a compromise that gives police officers a new kind of discretion — cracking down on behavior that is reasonably likely to substantially divert attention from the road. Some lawmakers believe that’s a standard that will work while others are not sure. Supporters say it’s worth a shot.

“I can’t think of a place in the code where we do something like that,” said Bell. “This isn’t an infraction. It’s a criminal charge.”

The bill is likely to receive another round of amendments when it is heard by the full committee next week, followed by another round of scrutiny when it heads over to the Senate. And then, of course, the governor will have his turn.